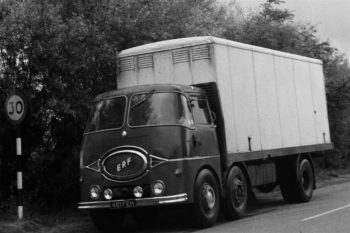 Emma Jane Hopkins first started to supply wholesale meat in small quantities from a very small facility on Ham Road, Creech St Michael in the early 1900’s. In 1918 George Hopkins (Emma Jane’s son) was invalided out of the first world war and so a partnership was formed with his mother and the Tone Bridge site was purchased.

The primary business at this time was supplying wholesale Veal to the local market. This small trade continued on until 1939 when a contract was gained from the Government to supply Veal, this continued until 1954 when rationing ended. During this time George Hopkins died in 1944 leaving two sons, Arthur and Michael. Arthur was a skilled slaughterman while Michael went on to study at University, Arthur ran the business single handed from 1946 until Michael returned to join the family business in 1953. Arthur and Michael continued to run the business together as ‘Hopkins Bros’ until 1987 when Arthur died.

In the mid 1950’s Hopkins purchased their first lorry for making their own deliveries, this was an ERF, prior to this time the meat was collected and went by rail to London. Soon after rationing ended in 1954 the operation was expanded to cater for Sheep and extra demand. 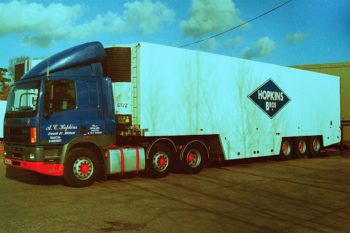 As time went by, more and more regulations came into force while the business grew, a new facility was built on the Tone Bridge site in 1964, this new facility also allowed for the production of pigs to join the existing operation of wholesale supply of veal and lamb.

In 1995 the Abattoir was expanded again to bring the facility in line with EU Regulations, at this time the chiller and lairage were largely expanded and a hygiene block was added.

Mike Hopkins ran the business up until he died in 2008, his nephew Mike Cornwall who had already worked for the family for a number of years was by now a very active part in the running of AC Hopkins (Taunton) Ltd. Alongside Mike Cornwall the production was and still is managed by Eric Marlborough who worked his way up from a school leaver some 47 years ago.